New Songs. New Year: 8 Songs You Have to Hear! 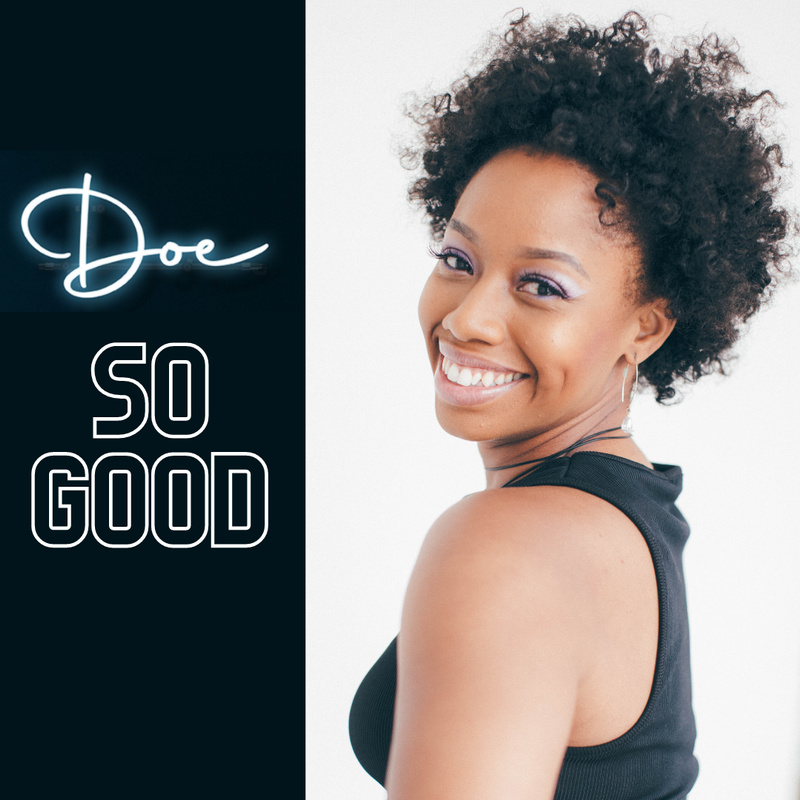 With her angelic voice and soulful sound, inspirational singer and songwriter DOE (a.k.a. Dominique Jones) is is a refreshing presence in the music industry, today. DOE is a multi-layered artist who is ready to bless the world with her authenticity, incredible talent, and an undeniable musical gift will allow her to have lasting impact on all who hear her sound.

Born in Washington State and raised in Shreveport, Louisiana, DOE started singing as a child with her family. Growing up in the church, it was inevitable that she would follow the path of her family and sing Christian/Gospel music, as both sides of her family were heavily involved in the Gospel circuit.  “My parents had five children, so we eventually became a group and we actually did very well.” That group was called Forever Jones, a Christian gospel septet, featuring her parents, a 16-year-old DOE and her two sisters and two brothers, which released two albums on EMI Gospel, Get Ready in 2010, and Musical Revival in 2012, followed by their self-released Prayer Tools, Vol. 1 in 2014. The group enjoyed much success, garnering multiple Stellar Award and Dove Award nominations, as well as two GRAMMY® Awards nominations for Best Contemporary R&B Gospel Album and Best Gospel Performance.

In 2014, DOE took the leap of faith to explore a solo career. “I started experimenting with that and really just honestly doing what was in my heart – doing prayer music and using prayer tools to help people pray.” DOE received offers for record deals, but felt none of them were right for her, so she continued to do ministry work as a youth pastor in Dallas, and worked behind the scenes on her sound and message. This dedication led to DOE being featured on Jonathan McReynolds’ single “Cycles” from his 2018 album Make Room. She eventually released two singles of her own, “Deepest Part of You” and “Reach”.

She wrote all of the tracks on the EP, with the help of her brothers Judah and Dewitt Jones,  Jonathan McReynolds, and Dee Wilson. The EP, which features award winning producer Daryl Howell, is a rich, neosoul, eclectic soundtrack of her life that she is eager to share. “It’s a very vulnerable album for me. It is me talking about my life and what God has shown me, without being super ‘religious,’” DOE admits. “I feel this is where I am supposed to be. I’m going to take this journey hand-in-hand with everyone and it’s going to be a learning experience. I’m excited about that.”

DOE is excited to share her sound with a broader audience and be able to positively impact lives through the sound God has given her.