How to Experience True Freedom in Christ?

What snuck up on you over the last year or so?

Was it a sense of exhaustion and burnout with all the changes and time online?

Did you go back to normal clothes only to discover some unwanted weight gain?

Have you found an increased sense of cynicism about people and the future?

Are you finding your reactions more and more driven by anger?

“Starving Baker Syndrome” snuck up on me last year. This syndrome is based on the old parable about a baker who finds himself drowning in overwork due to the success of his bakery. One day, his customers started forming their normal line outside his store before it opened. On this day, however, opening time came and went.

After a lot of grumbling and peering in the windows, a man showed up and dispersed the crowd with a shocking message. The bakery would not be opening as the baker had died. The customers were shocked to later learn the cause of death.

Starvation. How on earth could a baker starve surrounded by food?! The parable ends with a reminder that we can be surrounded by the food we eat, only to starve because we are consumed by feeding everyone but ourselves.

Starving Baker Syndrome snuck up on me because as a parent homeschooling kids and a pastor leading a church, I allowed myself to be consumed on far too many occasions by the needs of others. By the grace of God, I didn’t starve and the reality hit me with enough time to adjust. But, I was surprised when I found weariness and skepticism reared their ugly heads in my life.

Throughout the Old Testament, the people of God have a similar experience. Surrounded by everything they needed to enjoy freedom, the people had the Law, including reminders of what would happen if they abandoned their covenant with God. In addition to a record of God’s faithful love towards them, they celebrated annual festivals, reminding them of how God had moved on their behalf. Yet, they were wooed away from God by idols which left them in bondage.

While the people of God in the Old Testament were often wooed away by literal idols (man made images which they worshiped), many theologians have taught that you don’t need a physical image to worship in order to be practicing idolatry. In his book on this topic entitled Counterfeit Gods, Timothy Keller wrote, “An idol is anything more important to you than God, anything that absorbs your heart and imagination more than God, anything you seek to give you what only God can give.”

According to Keller, any gift from God can become our god. When we look to God's gift to His creation rather than the Creator Himself for our hope, we surrender the freedom Christ purchased for us.

This is why the Apostle Paul pleaded with the believers in Galatia to remain vigilant about their freedom. "So Christ has truly set us free. Now make sure that you stay free, and don’t get tied up again in slavery to the law."

Paul seemed to believe that spiritual bondage could sneak up on followers of Jesus who had experienced freedom in Christ. When we shift our heart’s affections away from Jesus and onto anything else, we’re moving away from freedom in Christ and towards idolatry.

Our idolatry reflects a foolish ignorance. Jesus has shown his willingness to give everything for our freedom and flourishing. As Paul later wrote in Romans, "since he did not spare even his own Son but gave him up for us all, won’t he also give us everything else?"

While you’re reflecting this summer on the freedom you’re enjoying as an American, consider the freedom which goes far beyond that - the freedom you have because of what Christ did for you on the cross and in the empty tomb!

In reflecting on your freedom in Christ, consider spending some time with these 3 questions:

1. What did I do the last time I was overwhelmed?

2. What is my reason for hope about the future?

3. What is my source of confidence amidst my current challenges?

After you answer those questions, compare your answers to these two reminders of our identity. In his new song, "House of the Lord," Phil Wickham points us to the truth of 1 Peter 2:9-10. Phil sings:

RELATED CONTENT: "House of the Lord" by Phil Wickham

We don’t know if Peter sang as beautifully as Phil, but he did write this poetic reminder of our identity as people freed in Christ. “But you are a chosen race, a royal priesthood, a holy nation, a people for his possession, so that you may proclaim the praises of the one who called you out of darkness into his marvelous light. Once you were not a people, but now you are God’s people; you had not received mercy, but now you have received mercy.”

We may have been born into freedom as Americans, but we weren’t born into spiritual freedom. Our eternal freedom is only made possible by trusting Jesus alone. This weekend, pause and give thanks for your freedom in Christ! 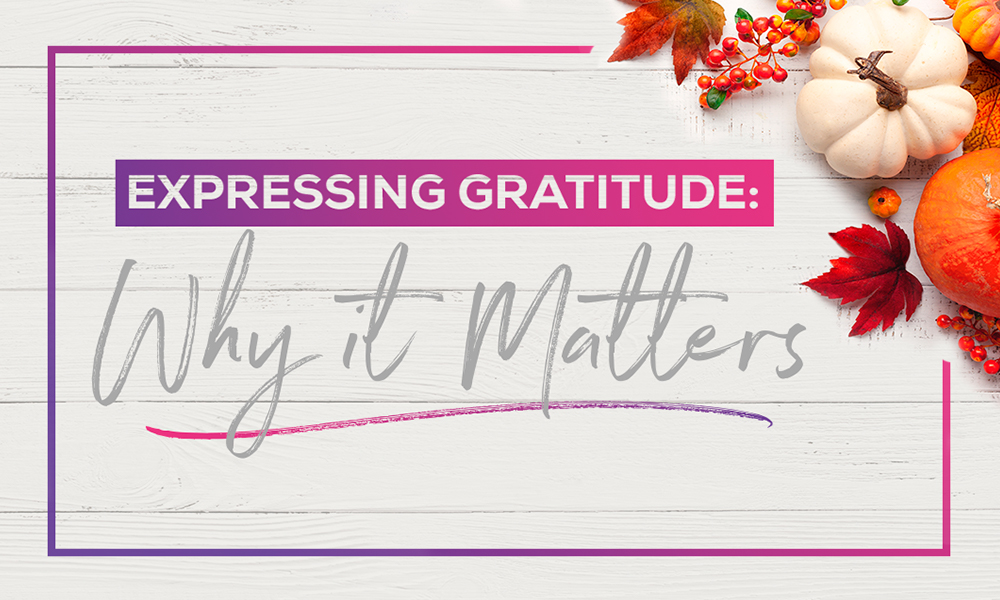 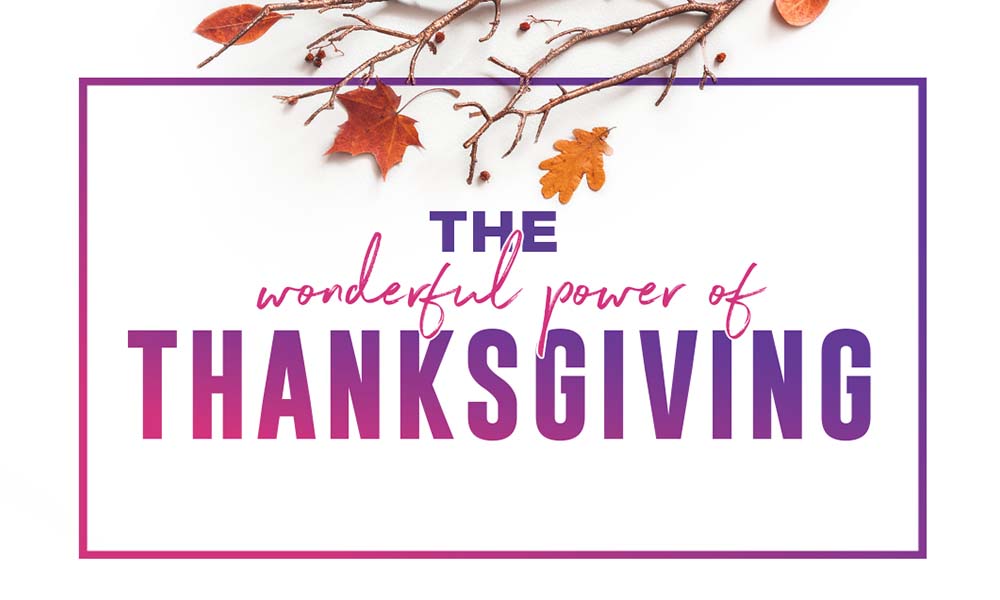 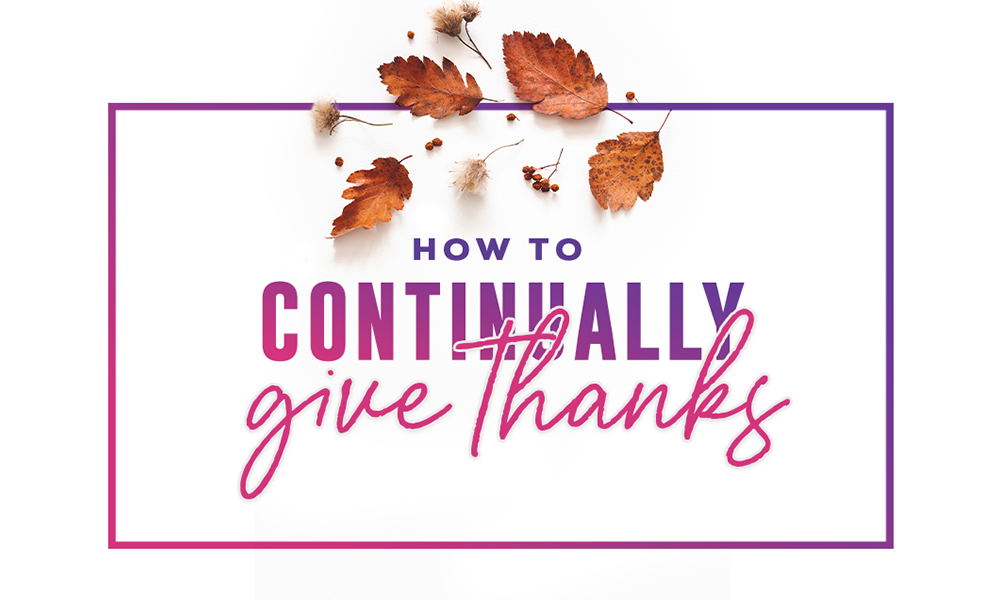 How to Continually Give Thanks